Moving to Silicon Valley? Looking for the next startup job gig? Here are some movies, documentaries and books you might want to watch and read before starting your journey to become an unicorn.

Not all unicorns are sexy startups. Here's a list of true unicorn companies by Wall Street Journal

Here are twenty unicorns that you don't know!

Joining the next YC batch? How to get into Y Cominbator as told by insiders

First of all, probably follow Hacker News. Second of all, try to qualify for the annual Startup School. There is a female exclusive Female Founders Conference by YC as well. Here are some past highlights from YC Startup School.


Have you heard of the No.1 Startup Accelerator in America and in the World? Yes, the investor of Dropbox, Airbnb, Reddit, Stripe, Zenbenefits, Instacart and Weebly - some of the biggest startup and "unicorns" in the Silicon Valley. They have only invested in 940 companies so far. The odds are high. Want to get into YC? Besides talking to real YC alumni and founders you should probably read these books. And of course the essays by the "godfather" of the startup world Paul Graham, former YC partner and chief. 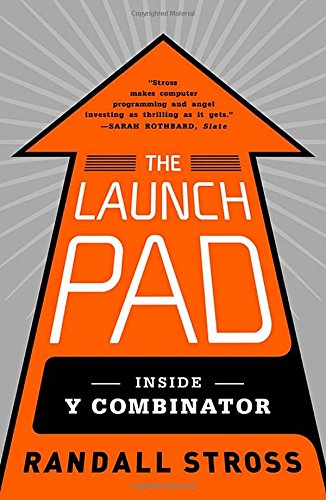 The Launch Pad: Inside Y Combinator

A peel-the-onion view for looking inside the heart of Y Combinator, the most sought-after accelerator of the world.  Written by a New York Times Columnist and Stanford History PhD. It's a professionally written book looking at the seemingly chaotic world of startups.  Reviewed by world renowned venture capitalist  Marc Andreessen.

“Y Combinator is a national treasure, a Silicon Valley seed fund that is mass-producing new startups. Randall Stross’s behind-the-scenes look at YC offers a rare glimpse into what it really takes to conceive an idea and get it to market as quickly as possible. The Launch Pad is a must-read for anyone interested in the realities of modern entrepreneurship.”
—Eric Ries, author of the New York Times bestseller The Lean Startup
“The Launch Pad is an intimate look at the white-hot center of the new Silicon Valley star tup ecosystem. Stross’s account of the best new entrepreneurs and the exciting companies they’re building at startup schools is a great read for founders and would-be founders alike.”
—Marc Andreessen, cofounder, Andreessen Horowitz

Randall Stross writes the “Digital Domain” column for the New York Times and is a professor of business at San Jose State University. He is the author of several acclaimed books, includingeBoys, Planet Google, and The Wizard of Menlo Park. He has a Ph.D. in history from Stanford University.

Paul Graham: The Art of Funding a Startup (A Mixergy Interview)

While you should probably just read  Paul Graham's essays for free from his renowned collection of well written essays - http://paulgraham.com/articles.html you can also buy this book compiled by professionals and publishing houses.

While many in the silicon valley has laughed at the accuracy of these movies blow. They are rather sensational romantic stories about the Silicon Valley and founders who created empires here. We recommend the hit TV show Silicon Valley, The Social Network (Movie), and The Internship to get started romanticizing about becoming big in the Silicon Valley.


These motion pictures surely are fun to watch quickly and get a sense of the startup culture in the Silicon Valley.


More startup bibles that you can read


Binge watching Silicon Valley (the TV show) already? We have the perfect book recommendations for you if you are finding "romance" in the Silicon Valley startup world. These are legit hustle blockbusters recommended by real Silicon Valley founders and YC alumni.


The Lean Startup by Eric Ries

Zero to One Peter Thiel Startup Venture Capitalist of the Year

The Startup Playbook: Secrets of the Fastest-Growing Startups from Their Founding Entrepreneurs

But ultimately remember Paul Graham the godfather and mafia chief of YC said focus on your product. Eat exercise and product. That's it. No books :)
at December 17, 2017

I am writing new blog posts for technologies every year because they change, they evolve. JavaScript today is nothing like the JavaScript 10...