MongoDB is a versatile nosql database that is great for web apps, dapps blockchain decentralized apps, even mobile apps. In 2022, MongoDB skills are still important relevant for data scientists.

The document model of MongoDB is flexible enough to be used to store all kinds of data. See official illustration below 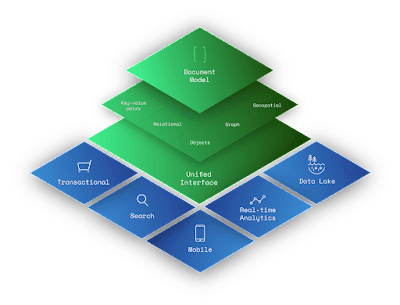 It can be used for transactional data, search, mobile, analytics, data lakes, and can be used to model key-value store, geospatial data, relational, object, even graph!

can use google cloud kubernetes to run mongodb server
MongoDB can be used with node.js to build sophisticated web apps, even provide authentication service, though one should never code an auth service from scratch. It's a huge security issue.
at December 19, 2021

increase jinja2 template cache limit from 50 to above. to speed up flask app significantly source: One line of code cut our Flask page load...